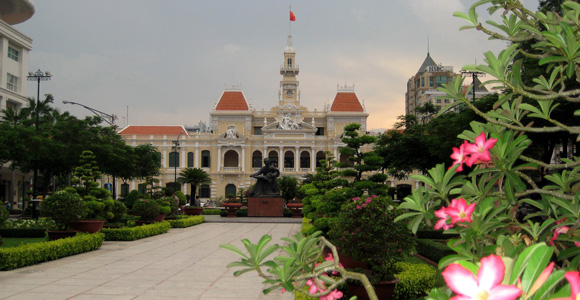 It seems like such a beautiful place, and I’ve always heard great things about Vietnam. This time I’ve been to Ho chi minh. The city is nice and there are many churches here.

One thing that I’ll never forget and it was stuck until I came back home is the motorcycle noises.

And beep beep beep of car and bikes horns drove me crazy. It is amazing how time went by so fast. My friends told me that there were so many bicycles here in the past, But after 6 years. They came up with a new vehicle. Motorcycles and bicycles were the mainly transportation in Vietnam. I don’t want to think about this, but imagine in the next 5 or 10 years. Cars might be the main transportation and it will substitute motorcycles. Definitely, the traffic problem will be occurred.

How to get There?

– Take a plane (many low-cost carriers that you can find in Bangkok) If you are coming from South America. I guess it must be very expensive from there to here.
– by bus (if you starting place is from Bangkok, go to the north and travel through Laos to Vietnam) if you are heading to the capital city.
– Train is not a good choice, but you can make it and continue with a bus. 13.05 train from Bangkok to Aranyaprathet (48 baht) or more like 100 baht. then cross the border on foot and overnight stay in Poipet. In the early morning , find a bus from Poipet to Phnom Penh (7USD) and stay there for onenight. There´s a bus from Phnom Penh to Ho chi minh. You can find it there. (6 USD)

Some tips and suggestions for traveling

– In many restaurants i´ve found are allowed to smoke
– Don´t be surprised if you don´t find dogs in Ho chi minh (eating dog is acceptable in Vietnam)
– HCMC is the business and financial hub of Vietnam. So it´s more developed than in Hanoi
– Walking around HCMC is a bit of challenge Because of all the motorcycles that I described earlier. You might get hit by motorcycles all the time.
– In Ho Chi Minh City most nightclubs are deemed to shut down by mid-might while few of them continue to grove and serve drinks.
– Don´t forget to go to this restaurant “Quán Ăn Ngon” it’s the popular one and not expensive.
– I hate taxi here and im sure you do so.

Where you shouldn’t miss ;

1. the War Remnants Museum in (This museum is a popular attraction, but it isn’t always what tourists expect. For many visitors, the museum will provide a different perspective of the Vietnam War. It features photographs of victims of the Vietnam War (called the American War in Vietnam) and retired artillery pieces used by American forces during the war.)

For my trip i got a special price from Airasia, so i decided to travel by plane instead of by bus which might cost the same. (if i got no promotion i wouldn’t have a chance to be on plane. but travel by it’s more exciting ….. 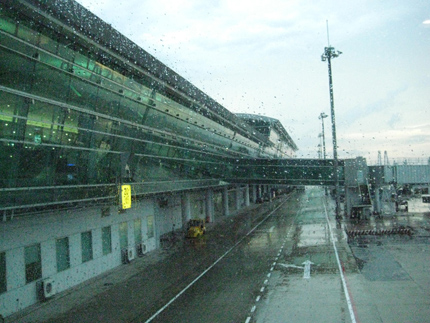 I don’t know the place well and i got a big bag , so i decided to take a taxi which is more expensive than in Thailand. 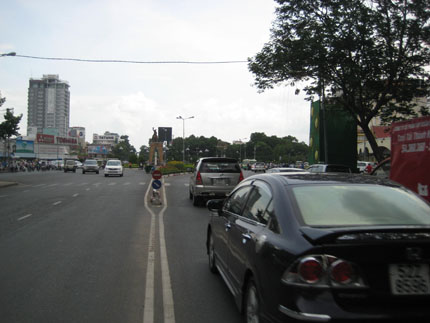 I arrived here quite late and i don’t want to waste my time for this night. That’s why i went for a walk and saw many noisy motors A vietnamese woman with traditional dress getting across the street 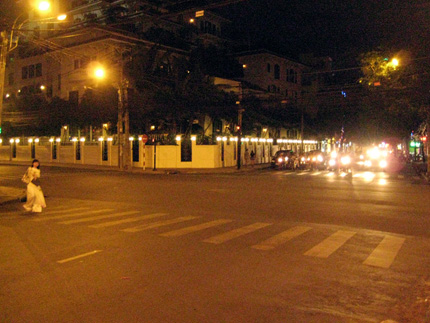 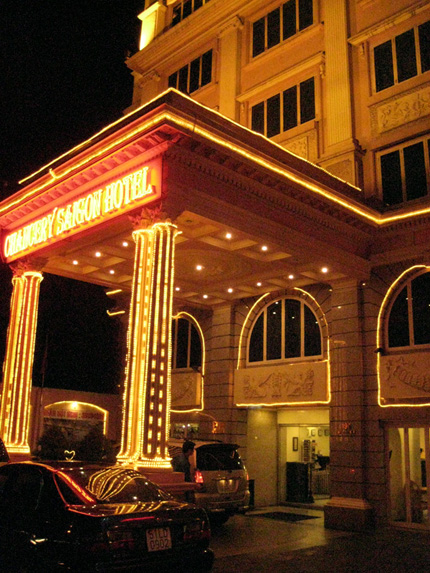 I feel like this is the dangerous area that you shouldn’t come. In the early evening you’ll find a hundred of young people do activities in this park. I saw many young people were kissing with their gf/bf here. For me it´s something new… 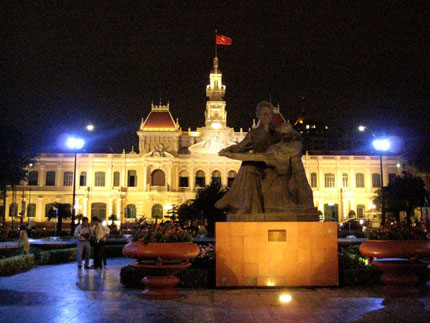 The restaurant that i suggest “Quán Ăn Ngon” This tour cost like 3-5 USD depends on your negotiation , oh yeah they accept USD here. 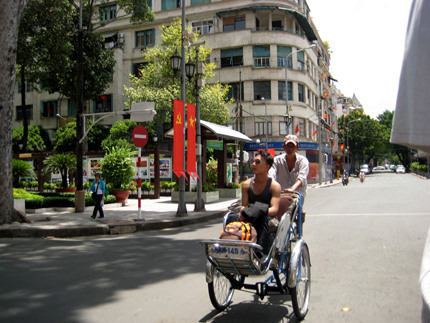 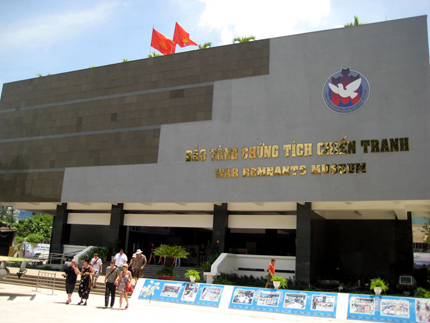 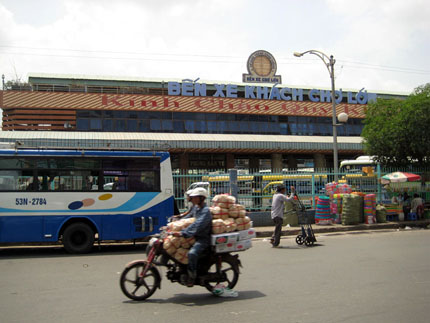 I don’t know what the name of it. but it’s a market where many retailers purchase goods or products The park that i told you. Well, sorry i forgot where is this place 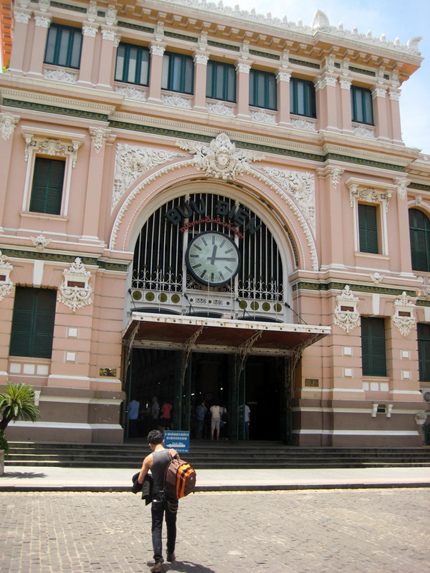 Click to see more Information about Vietnam and Pictures :