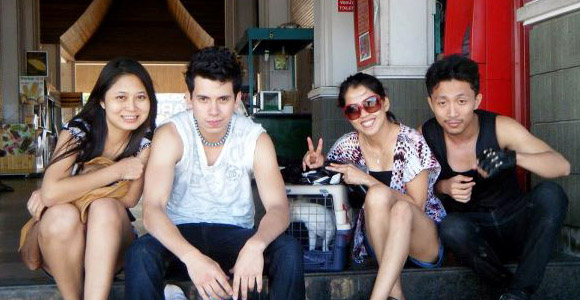 The flooding situation in Bangkok is getting worse as more areas are covered by the flood. I just got an annoucement to prepare for evacuation because it’s coming to my home so soon. This scary flood from what they’ve told on TV is such a normal thing for me.it has never happened to me before and i never feel scared.

However, All the people around me were so scared of this stupid flood. and it was annoying me hearing people talking about this shit! So i asked my friends on FB if they do have a vacant room in Pattaya for me to stay for free. And yep ! i got the contact from gigi but seemed that i got bad news after an hour about the room.
So i decided to go there , live there and adventure there without any plan or where to stay. I was going to make this week to be my reading week preparing for a tentative exam schedule that has been changed many times.

What happened there wasn’t on my plan. I got the free room from my friend who’s living there. And yep we stayed at her house. Oh i forget to tell one thing that i went there with Franco who’s my brother’s friend and yep he’s also my bro.

We have a very little budget! This could save us a lot of money to stay in my friend’s house. She took us to the bar for a little drink because she had to go on her business in another province tomorrow. So we headed to “Walking Street” after the conversation. I was quite sleepy cuz i haven’t slept enough last night.

We were dancing in the Bar which i coundn’t remember the name. and we found 2 crazy girls were dancing crazily. I suggested them to relax on the beach after we got so tired from dancing. And they both followed me with a dozen of cans of Beer that they have bought at 7/11 . We didn’t know each other names since we first met. and it’s useless to ask their names. LOL

We were crazy drinking and playing water on the beach until 6 a.m. and yep those two girls were so drunk. I’ve talked to them about coming here. Both of them were also escaped from the flood.

After our conversation, It was quite weird because i suggested them to go and get tan on the island. So they did say yes and headed to their car. I was like “What da hell” How can they drive while they are drunk?!! I was scared and immediately wore the seat belt when got on the car. 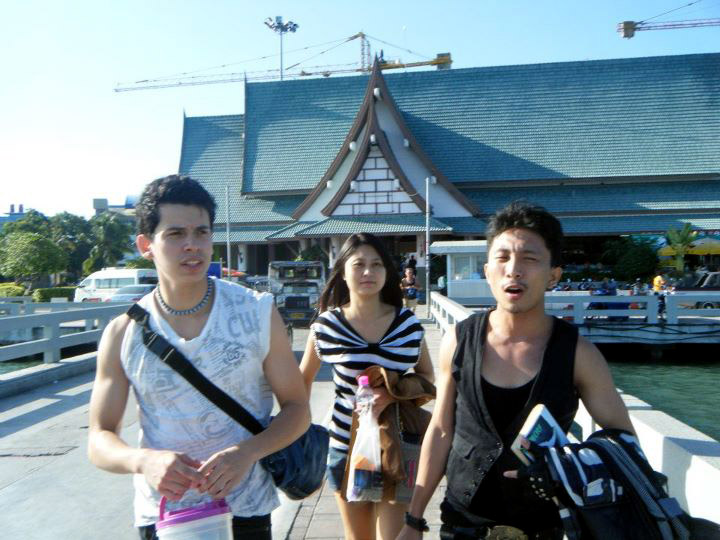 The girl drove back to the hotel to take a dog that she brought it here to the island with us. It was 9 a.m. already and we were at The pier. I told them and myself to lie on the chair for sleep when we reached there. Because i was out of energy to touch with this beautiful atmosphere. When we reached there, I lied on the chair and slept for a few hours then woke up around 1 p.m. so i headed to beach cuz i know that this freshing water will recharge my energy again.

I was there until 5 p.m. and the girl took the speed boat back to Pattaya. It seemed that we didn’t pay anything for this trip cuz those girls payed almost everything.They were so kind to us.Such a great trip ever but however, we paid for some transportation which cost us already a lot.

I now remembered their names after we’ve separated. I did ask them numbers. So i can call them anytime. We went back home and washed our dirty clothes. I was so tired and told my bro if he wanted to go out just do it. (He seemed so strong without any sleepiness) so i lied on the bed, slept for 5 hours then he called me to go to “Walking Street” . It was really freaking me when i knew that those two girls didn’t go to sleep and waited me there at “Walking Street” alreaady. yep we partied all night long and moved to the same beach on 4 p.m. I really adored these crazy girls.

and what was shocking to me again ! Was their ages !OMG I’ve been with 32 yr old girls for many days. Unbelievable ! I thought they were 19 by their faces, nobody can imagine how old are they. I was shocked for 5 mins after i saw the ID cards.

This fucking Reading week wasn’t on the plan. We ran out of money and needed to go back to Bangkok. I came back on their car to Bangkok after got wasted for 3 days in Pattaya. Coudn’t really arrange what should be written on here first cuz i even forgot the day we were in the Island.

This crazy trip was really crazy and wasn’t on my plan,but I Love it by the way.
Thank for the frindships, i hope we could go and get wasted another time. Cuz i got their numbers already ^_^