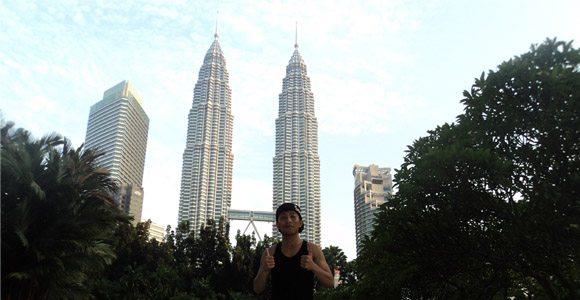 How to get there?

– by plane ( there are many cheap low-cost airlines)

Places to visit in KL

I came to KL by train fro Hatyai, you can also take a bus fro Bangkok to Hai yai and find bus agencies that will take you to KL. Remember to book in advance if you want to take a bus in Hat yai.

the train from boarder

Arrived here by train at KL

I arrived here in the morning on Monday. I was trying to find a map in every place but you know that it was so suck that Malaysia tourism does not provide any maps for tourists in important areas for example LRT ,But terminal or in Department stores. My bad too becuz i didnt prepare any information for this trip but this made myself explored many places like Bus terminal ,KLCC, China town and many interesting places.

somewhere near the twin towers

My journey began at the KL center where you can buy a ticket to any places. Many malaysians i found here are able to speak English with their accent. It’s more like Manglish. Most of them i talked with didn’t understand well when i spoke with even though i tried my best to talk in a slow way. ( Normally i talk so fast like a speed boat) . There are so many things that i was so impressed here. The city is more like Singapore and clean. So i felt all the time that i was in Singapore hahaha. I walked down to the street to find a place to go to the Twin Towers. I asked many ppl on the street and everybody leaded me the wrong way. Finally i got myself back to the KL center and decided to buy a ticket to be in KLCC. Damn thing happened again when i got off the train. I got lost in Suria plaza and other department stores nearby. I was like damn it ! and laughed at myself for this thing.

in front of the bus terminal

What i did find in KL is that all the stuffs are with the prices. Yep, it’s good becuz i can calculate how much should i spend for things. I found so little Chinese ppl compare to Malaysians and Indians. Cuz i feel like everywhere is Indian ppl. One funny thing about this trip is that everybody thought I’m Japanese hahahahaha. This often happen to me even i’m in my own country. All the places here i explored, i found two flags together everywhere in KL. First i thought it was Colombian flag hahahahha until i asked one chinese girl and she told me it’s the flag of the state. This made me laugh so hard becuz i was all the time thinking about Colombia.

Shopping malls and commercial buildings are arranged properly. Actually i found almost everything not only shopping malls and buildings. In Bangkok, The city plan is so messy. that’s why Bangkok has both small and large clusters of buildings spread throughout the city. 7 eleven here are not so many as in Bangkok. and the prices of drinks are a little bit expensive. If you buy it from the machine it will be more cheaper, it costs only 1 RM. So i tried to taste many drinks there from the Can vending machines.

China town here is more like Kaosarn Rd. in Bangkok.

Thailand is 1 hour behind Malaysia.

On the way to KL center i found a group of students(they told me they are students) were trying to ask ppl for the money of their project by giving us some gifts with a very expensive money support that they required to have. I was so stupid that i paid 10 RM for them. I believe that they are students until they asked me 30RM then i told them that i can support them 10RM without their gifts. Then they tried to persuade me to pay 30 RM. Finally i paid 10RM and they seemed to be angry. They gave me one gift and walked away so fast after receiving that. I don’t know what to say. But now i think i considered them to be scammers.

Anyway, if i have more time i’d come here to search for night life. Just wonder how ppl party in KL when most of population are Muslim. 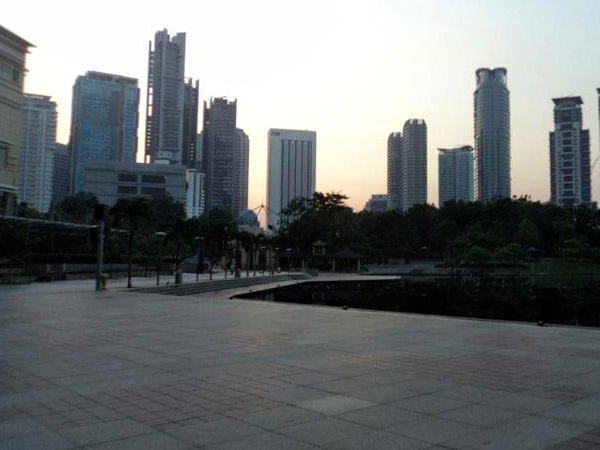 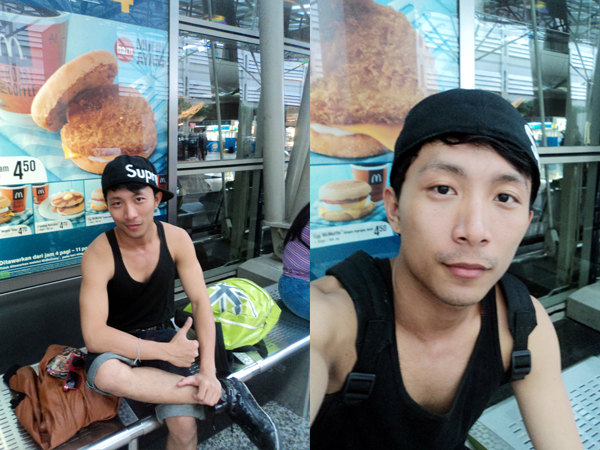 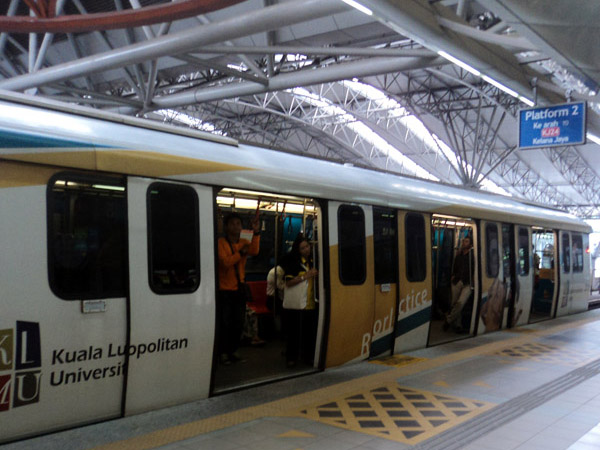 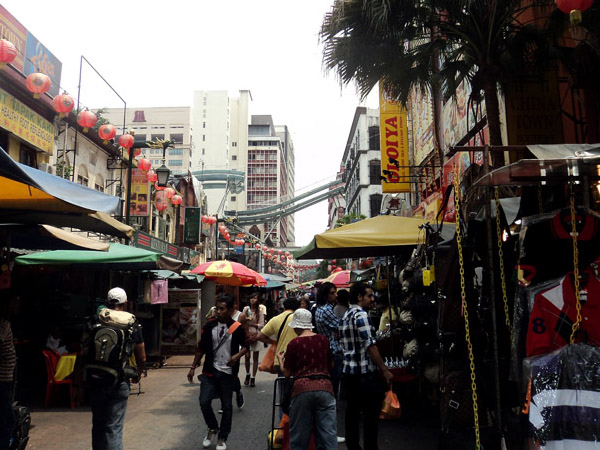 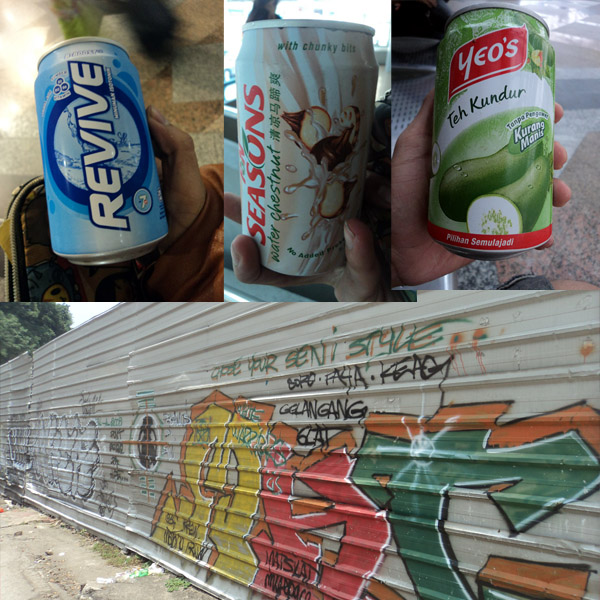